The Employer’s Guide to Zero-Hour Contracts

Have a seasonal business or company that could benefit from occasional support? Zero-hour contracts can sound like the ideal solution, but using them can create more issues than they solve. Here's what you need to know about this unique type of employment contract. 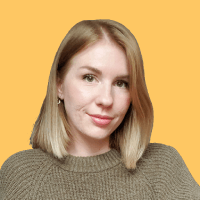 Despite the popularity of zero-hour contracts, there is some debate on whether they should be banned, as some political parties claim this type of employment contract opens the door to worker exploitation.

In this article, we’ll help you navigate the use cases, advantages, and disadvantages of zero-hour contracts so you can determine whether they’re a good fit for your organization.

What is a zero-hour contract?

Say you run a catering company and summer is your busy season. During this time, you may hire a few zero-hour contract workers that work on an on-call, as-needed basis. When you contact them to pick up a shift, they can accept or decline the work. You are not obligated to offer them work if you aren’t as busy as you expected.

What’s the difference between zero-hour contracts and casual contracts?

In regions outside the UK, such as Canada, a zero-hour contract is also known as a casual labor contract.

Just like a zero-hour contract, a casual contract doesn’t include a guaranteed number of hours for the worker, and the employee doesn’t have to accept the work they’re offered.

The main difference between a zero-hours contract and a casual contract is that casual workers are not typically paid for periods of inactivity. However, this depends on the local employment laws, nature of the work, and details of the employment agreement.

Zero-hour contracts are commonly used in industries that need seasonal workers or additional support on short notice. These industries include:

Companies that have used zero-hour contracts range from retail and food service companies like McDonald’s and Boots to institutions such as Buckingham Palace and The National Trust.

Create localized contracts in seconds. Deel makes sure they comply with local labor laws, no matter where your team lives.

When to use a zero-hour contract

Employers use zero-hour contracts when they need additional workforce support for a specific period of time or serve a niche market and don’t need to keep a full-time staff. Zero-hour contracts aren’t always the right hiring solution for a business—consider alternatives such as:

What legal rights are zero-hour contract workers entitled to?

In the UK, zero-hour contract workers are entitled to statutory employment rights whether they’re classified as employees or workers. But if the individual meets the criteria of an employee, they’re entitled to additional rights under UK law.

Under UK law, most workers—including zero-hour contract workers—are entitled to the statutory minimum of paid holiday, which is 5.6 weeks per year (20 days of paid time off plus eight public holidays). As an employer, you can decide if paid public holidays are part of the worker’s leave entitlement or in addition.

Learn more about statutory leave in the UK.

Zero-hour contract workers are entitled to a week’s pay for each week of statutory leave. To calculate an average week’s pay for a zero-hour worker, add up their gross pay for the last 52 weeks and divide it by 52. If the individual worked zero hours one week, skip it and move to the next week.

Additional employment rights for workers include:


Eligible individuals may also be entitled to statutory sick pay, maternity/paternity pay, and more, depending on their employment status and agreement with their employer.

Since zero-hour workers often work fewer hours than full-time employees, they tend to take on second jobs. Previously, employers could include exclusivity clauses in zero-hour contracts that would prevent workers from taking on another job simultaneously. But today, the Small Business, Enterprise and Employment (SBEE) Act prohibits employers from including exclusivity clauses in zero-hour contracts.

Advantages of a zero-hour contract

Zero-hour contracts can benefit companies and workers as long as the terms of the agreement are clearly defined for both parties.

Disadvantages of a zero-hour contract

In 2020, a campaign called Zero Hours Justice launched with the goal of ending zero-hour contracts due to their negative impacts on workers. The initiative also aims to help companies either eliminate their use of zero-hour contracts or learn how to use them fairly.

A study from 2021 found that employers didn’t know how 7% of their zero-hour contract workers were classified. Though it may seem like an insignificant percentage, misclassifying a worker can lead to legal issues and financial consequences such as fines and jail time.

Typically, an individual is a worker if they can reject or accept work without being penalized. Individuals may be considered employees if they have set hours they must work (as outlined in their employment contract) and cannot reject work assigned to them so long as it meets their employment agreement.

Want to avoid dealing with employee classification? You can do just that with Deel. We ensure your contracts comply with local labor laws and handle the entire onboarding process for you.

Book a free consultation to see how Deel can help make hiring easier for your team.

Disclaimer: This content is for informational purposes only and does not constitute legal advice. Please consult your legal counsel regarding zero-hour contracts and local employment laws.